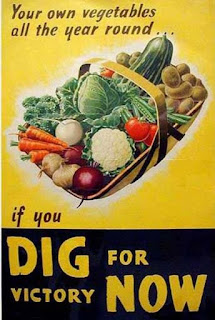 Although World War II began in September 1939, it was not until January 8th, 1940 that rationing in Britain began.  It was not new idea but one that had its origins in the First World War.  This time around, however, rationing would affect everyone.  Bacon, butter and sugar were the first foods rationed, with successive schemes for meat, tea, jam, biscuits, breakfast cereals, cheese, eggs, lard, milk and canned and dried fruit quickly following.  By August 1942, almost all foods apart from vegetables and bread were rationed.

With the variety of food restricted, people became quite inventive by necessity.  Many, for example, grew their own vegetables, greatly encouraged by the highly successful digging for victory motivational campaign instigated by the Ministry of Food.

There are so many recipes from wartime Britain available on-line or in books that we have had to be highly selective of those we have reproduced.  And in keeping with "Dig for Victory" theme, potato based dishes feature quite prominently.  After all, as one Ministry of Food leaflet stated: "There is no vegetable more useful than the homely potato.  Potatoes are a cheap source of energy, and they are one of the foods that help to protect us from illness."   So, we hope you will be inspired to cook some of these amazing Tastes Of History... 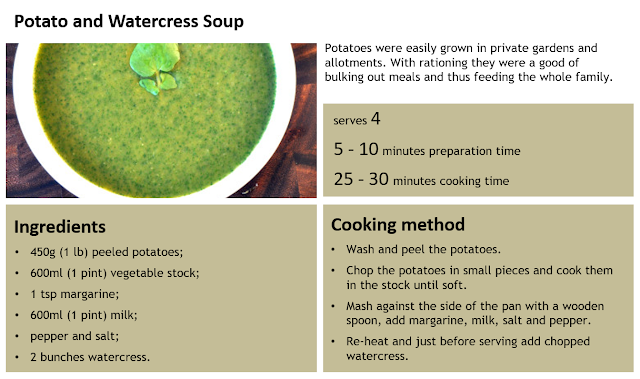 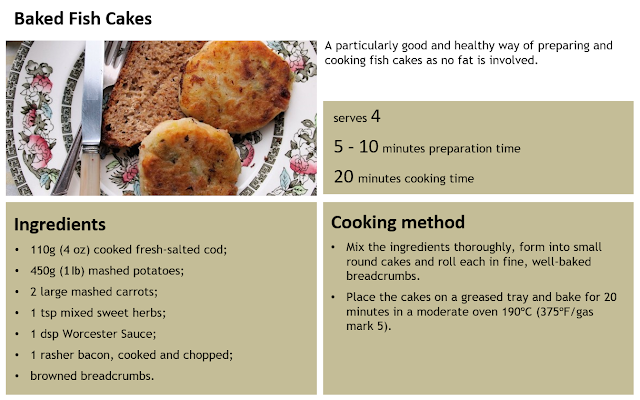 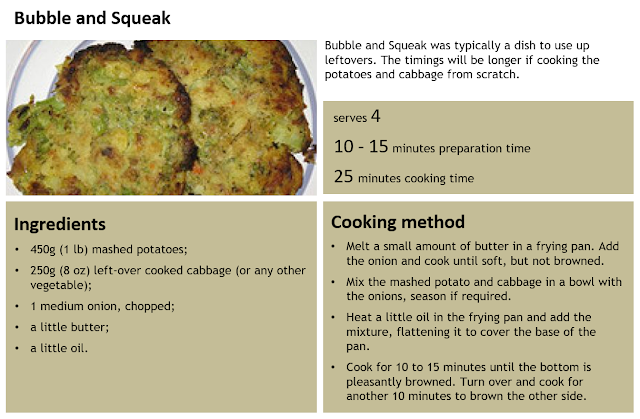 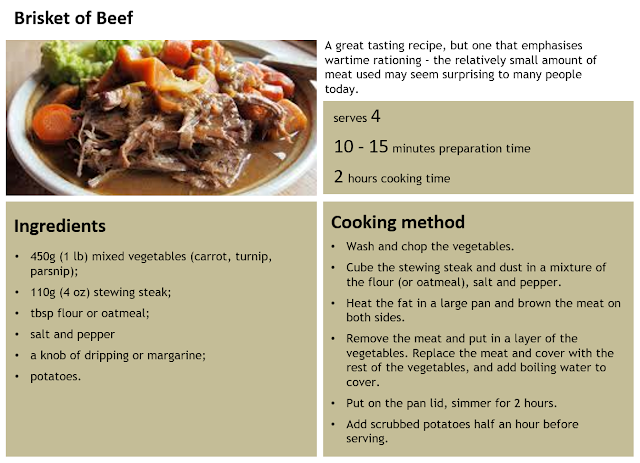 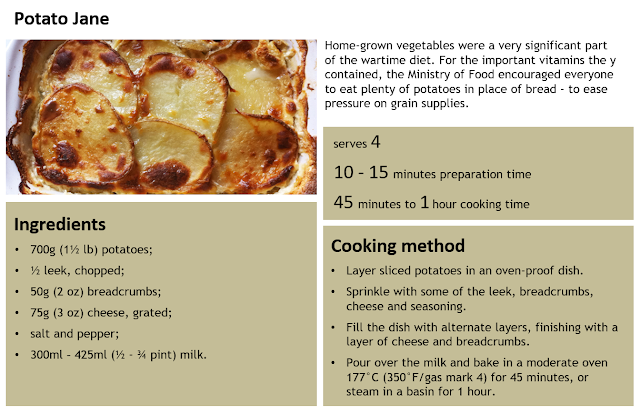 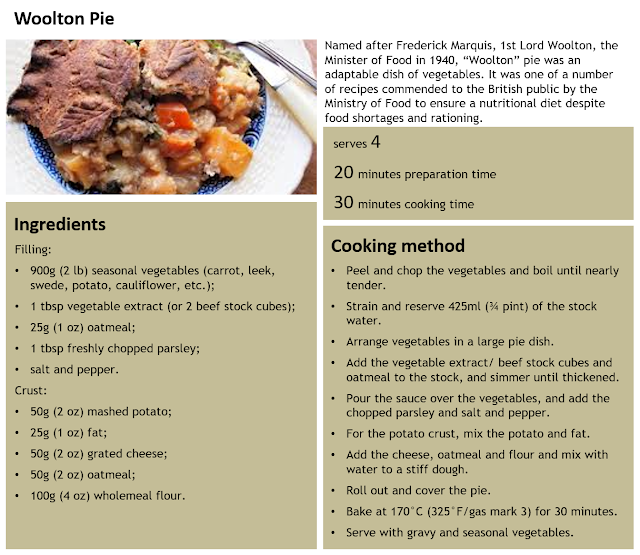 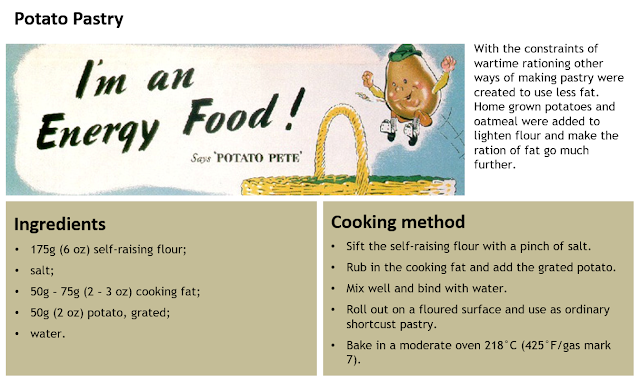 For more information on wartime Britain's Home Front, on rationing or for alternative recipes, please get in touch.