Bosworth: Food Fit For A King

Tastes Of History was delighted to be part of the Bosworth Mediaeval Festival this year at the brilliant Bosworth Battlefield Heritage Centre.  For those unfamiliar with the history, the Battle of Bosworth Field (or Battle of Bosworth) was the last significant battle of the Wars of the Roses.  Otherwise known as the "Cousins' War", this was the civil war between the Houses of Lancaster and York that extended across England in the latter half of the 15th century.  The Battle of Bosworth Field was fought on August 22nd, 1485 and resulted in the death of King Richard III, the last Plantagenet king of England.  Won by the Lancastrian forces of Henry Tudor (Henry VII, father of the future King Henry VIII) the battle marks a pivotal transition in British history from the Late Mediaeval Period to the Early Modern Period.

Our brief was to produce period recipes for visitors to sample at the Festival, which given such a specific date was a challenge to say the least.  Nevertheless we set about recreating dishes that we hoped would not have been out of place on such a historic day. 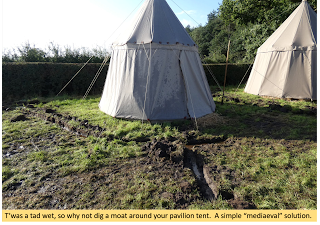 All did not start well.  Persistent rain had turned the field into a quagmire.  So much so that, after several vehicles had been bogged in, movement about the site on the Friday afternoon was sensibly restricted.  Re-enactors were directed to camp on Ambion Hill rather than risk getting stuck in the mud of the lower-lying period campsite.  Even so, several hardy souls are highly commended for hand carrying their gear and equipment onto site.  Hussah!

Regardless of the "glorious" British summer, we pitched out tent and set about dressing our mediaeval kitchen in preparation for the weekend.

Saturday dawned bright and, most importantly, dry.  That said, the main arena was still too soft for horses to be involved in a recreation of the Battle, and jousting by Destrier was understandably cancelled.  No one wished a horse or rider to be injured.  Despite these set backs a full programme of displays, demonstrations and lectures was delivered to a very appreciative audience.

For our part, we prepared the following recipes for visitors to sample; posted here should you wish to recreate them: 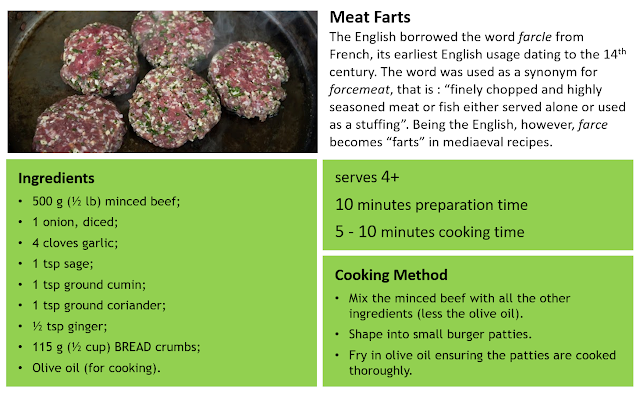 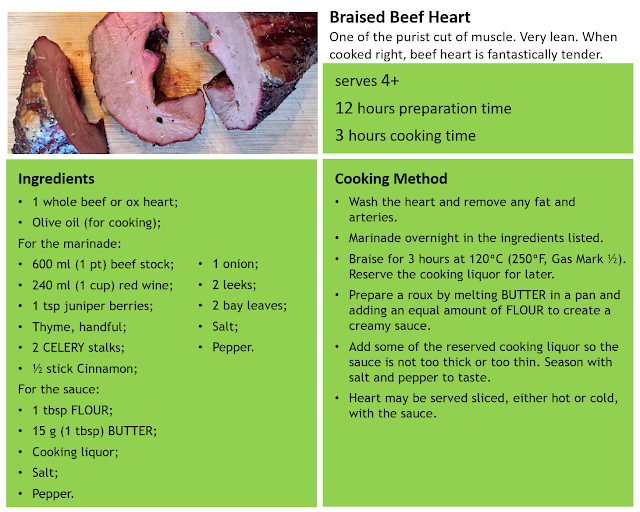 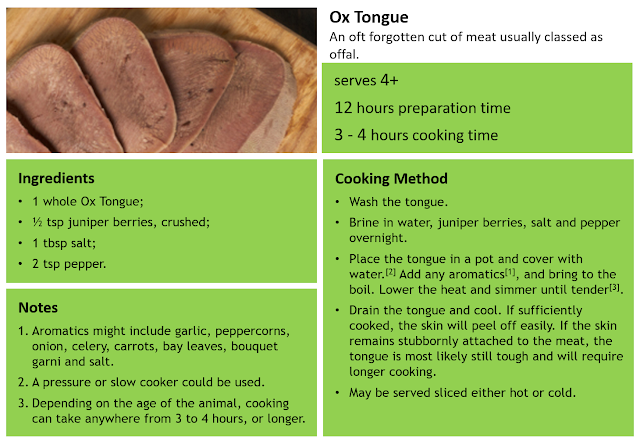 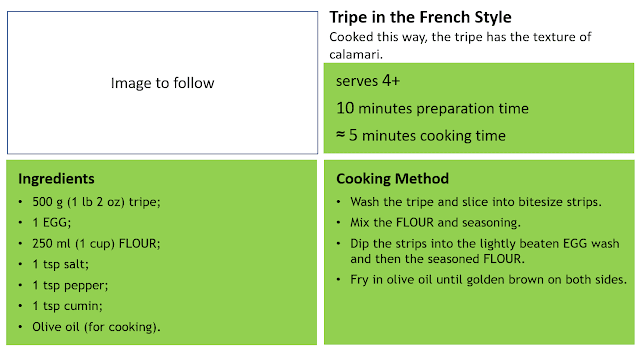 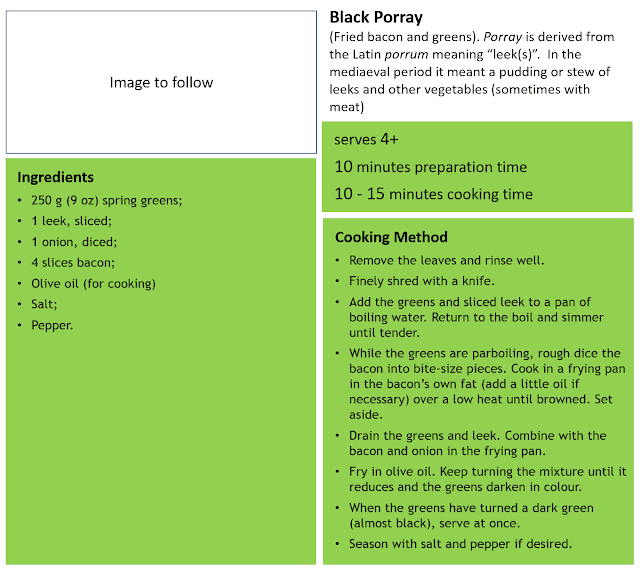 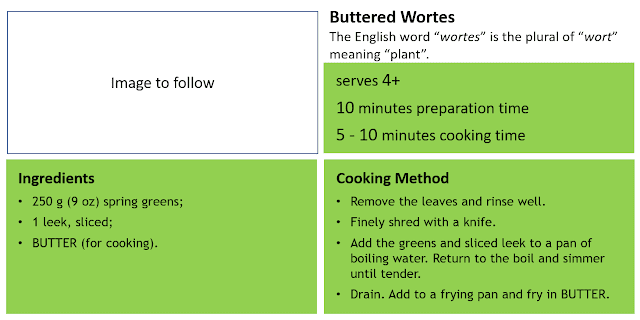 Of the recipes shown above, the Ox Tongue, Braised Heart and Tripe dishes were created by Tastes Of History's chef, Jill, and thus are not taken from a historical source per se.  They do, however, use ingredients known to mediaeval cooks, which are combined in a way that would be familiar to diners of the period.  Most visitors to the Bosworth Mediaeval Festival were pleasantly surprised by the taste and texture of those cuts of meat not typically found in their local supermarket.  Unsurprisingly, sampling our meaty Farts went down very well, appealing to a very British sense of humour.  Titter yee not..!


Posted by Tastes Of History at 14:32 No comments: