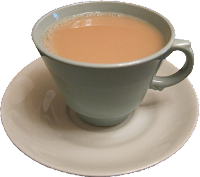 As costumed re-enactors know only too well there are occasions, especially in the height of yet another glorious British summer, when a warming cuppa would be most welcome.  If, however, your chosen period pre-dates the reformation, then you have a bit of a problem.  Imports of tea into Britain began in the 1660s with the marriage of King Charles II to the Portuguese princess Catherine of Braganza who brought the tea drinking habit to court.  So, while in "character" as, say, a Roman, some people never tire of pointing out that tea was unknown to them.  Thus the simple pleasure of enjoying a warming brew would be anachronistic and inappropriate.   Yet this got me thinking...we know from the writings of Pliny the Elder (Natural History Book VI) that the Romans were trading with China, so why was it that tea was never mentioned?

To find the origin of the refreshing cuppa, it is necessary to travel back to the year 2737 BC.   According to Chinese legend, the Emperor Shen Nung only ever drank boiled water until one day, while sitting beneath a wild tea tree, a breeze caused some of the leaves to fall into his pot of boiling water.  He found the resulting taste so stimulating that the practice of tea drinking was begun there and then.   Sadly it is not known whether the Emperor actually existed, or if the story is simply a convenient myth.  It is generally accepted, however, that drinking tea was popular in China long before it was ever exported to the West.

The first written reference to tea does not appear until the 3rd century BC when a renowned Chinese surgeon said it improved concentration and alertness.  There is still some debate whether the surgeon was actually recommending tea or sow thistles, however.  The confusion has been created by use in the record of the Chinese word tu, which is used interchangeable for both tea and sow thistles!  The eventual distinction between the two plants was made sometime between 206 BC and AD 220 when an emperor of the Han Dynasty ruled that tea should be pronounced “cha” - from where, until quite recently, we British get the slang term for a cup of tea. 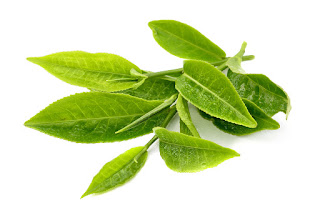 Until the 3rd century AD, tea was only ever used as a medicine derived from the leaves gathered from wild trees.  But as demand increased, Chinese farmers began to cultivate the plant.  Tea’s popularity continued to grow during the 4th and 5th centuries AD, with plantations established along the Yangtze River valley.  Tea began to appear everywhere - taverns, wine stores, noodle houses; in fact, it was held in such high regard it was even presented as a gift to the Emperors.  By this time, of course, the Roman Empire was beginning its steady and irretrievable decline.  Sadly, therefore, the Romans never had chance to enjoy a good ol’ cuppa Cha an’ a slice a cake!